By Emily Andersen
Posted November 2, 2020
In Department of Dance, Faculty and Staff
Racial Microaggressions in Dance: A BYU Professor’s Take on Asian American Stereotypes2020-11-022020-11-02https://cfac.byu.edu/wp-content/uploads/2018/07/byu-logo-footer.pngBYU College of Fine Arts and Communicationshttps://cfac.byu.edu/wp-content/uploads/2020/11/kori-wakamatsu.jpg200px200px
0 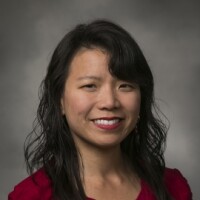 BYU dance education professor Kori Wakamatsu recently published a scholarly article in the Journal of Dance Education. Her article is titled Asian American Perspectives: From Microaggressions to Microprogressions – How Small Choices Can Make a Big Difference in the Dance Classroom.

The article explores how microaggressions can affect minority students in the dance classroom. Wakamatsu examines the idea specifically from the perspective of Asian Americans, outlining the different stereotypes that affect Asian Americans and how those stereotypes can show up in the world of dance. One example given in the article is the Chinese Dance in “The Nutcracker.”

Wakamatsu’s article quoted journalist Jennifer Fisher, who said, “I ran into effervescent young ballet girls, most of them white, who dutifully told me that the Chinese Dance helped them ‘learn about other cultures.’ What I saw them learning was how to flatten anyone of Asian descent into a cartoon.”

Wakamatsu has had personal experience with Asian American stereotypes throughout her life. She was born in Korea, but was adopted by an American family and grew up in West Valley, Utah. People tend to get confused by her last name, because it’s Japanese, but it actually comes from her husband, who is half Japanese, half white. She said the most common microaggression that she has gotten throughout her life was people asking where she’s from and automatically assuming she’s a foreigner.

“I have a love/hate relationship with the ‘where are you from?’ question. I’ve gone through my own personal arc and journey with it. When I was growing up I actually really loved that question because I thought it was unique and special to say, ‘I was born in Korea, but I’m adopted,’” Wakamatsu said. “But it became a point of conflict for me my freshman year at BYU. You spend a lot of time getting to know people, and asking where everyone’s from, but if I ever said I was from Salt Lake or West Valley I would always get the second question, ‘no, where are you really from?’”

In her article, Wakamatsu suggests replacing microaggressions in dance and other aspects of life with microprogressions, or small daily actions that challenge stereotypes.

“The dance classroom is a fertile setting to pursue microprogressions and challenge microaggressions. The expressive use of the body through movement means that dance can distinctly address racial microaggressions,” Wakamatsu said in the article.

“I hope the article helps increase awareness about personal biases. There’s this stereotype that Asian Americans are the model minority, and I tried to make the point that even a positive stereotype can have limiting and negative consequences. I hope that teachers especially can have more awareness of that,” Wakamatsu said.

Wakamatsu’s article invites dance teachers and professors to stop every so often and evaluate their own teaching. She lists several questions that teachers can ask themselves to become more aware of possible microaggressions they might be using when they teach. She also invites teachers to think about how they can better help the minority students in their classes to feel empowered.

“Teachers are in a position of authority and play a critical role in diffusing and unpacking microaggressions that occur in the classroom,” Wakamatsu’s article reads. “The impulse might be to avoid or ignore these situations, yet dance educators have a responsibility to embrace the messy struggle of race-based discourse.”

A BYU Professor’s Award-Winning Exploration of the Great Salt Lake through DanceAwards and Achievements, Department of Dance, Faculty and Staff