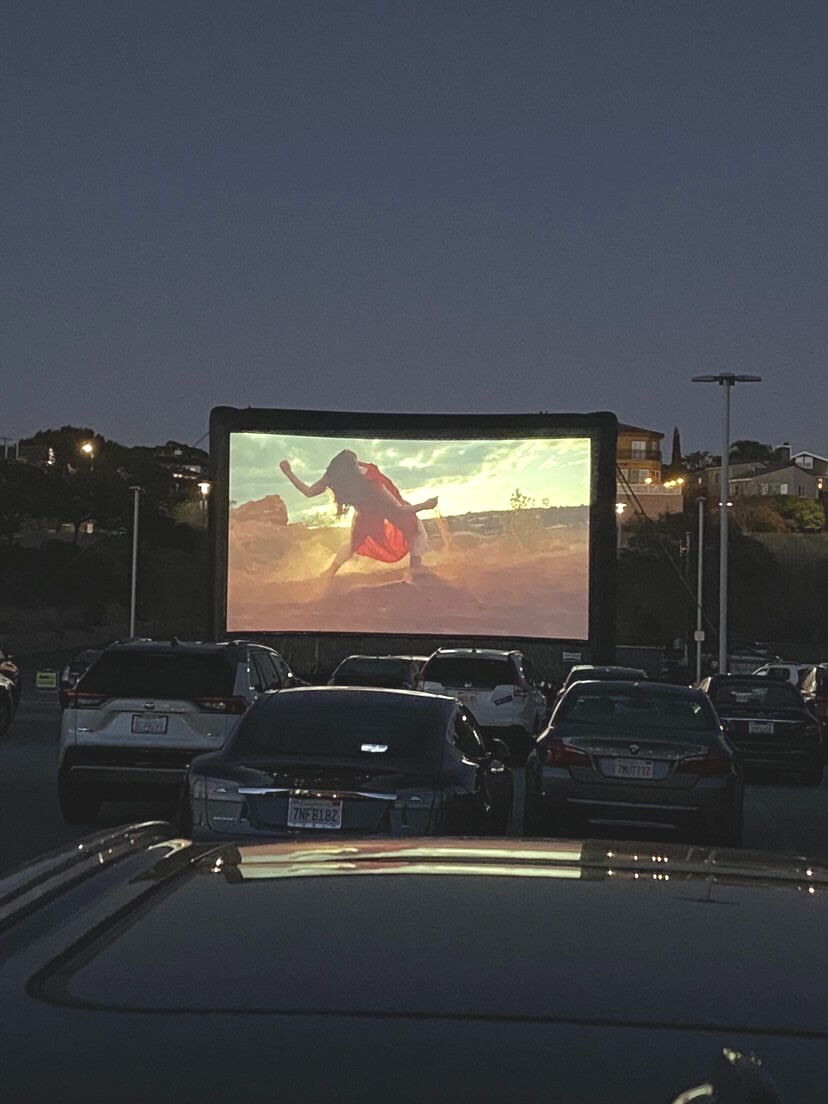 A photo taken from the film festival’s drive-in premiere in Los Angeles. / Courtesy of Rachel Barker

BYU professor and new filmmaker Rachel Barker made headlines last year when her dance film titled “Sedimented Here” was accepted into multiple film festivals, the most prestigious being the Dance Camera West festival in L.A., considered one of the top three film festivals in the nation. Barker’s film scored a finalist spot.

Barker was thrilled to have her film in the running with some of the biggest dance names across the world, such as Hofesh Shecter and the Batsheva Dance Company.

Barker is a University of Utah graduate with a degree in modern dance. After receiving her bachelor’s degree, she then continued her education and received her Master of Fine Arts at The Ohio State University where she combined her love of the outdoors and dance in her thesis project.

The idea to produce her own film of dancers interacting with earthy environments came when she was hiking in the desert landscape of southern Utah.

From start to finish, the whole process took about 20 months. The project took three and a half days of shooting, three location scouting trips and spanned three different years. This was truly a labor of passion, dedication and love.

Barker held many titles in the making of this project: director, co-editor and choreography overseer. She explained her creative process and how she collaborated with her dancers to create the movement that ended up on screen.

“My choreographic and creative process often comes from me giving prompts to my dancers or my collaborators,” she said. “Particularly with this project, I really wanted it to be very much based in the sites where we were filming. I didn’t want to take a dance and put it somewhere else. I asked, ‘What is the movement that comes out of these spaces?’”

The film “Sedimented Here” in its entirety has not yet been released to the public as it is still competing in various festivals, but the film’s trailer is available on YouTube.

When Barker does debut her film, she hopes that the project allows people to feel as if they were truly there in the red rocks of southern Utah themselves.

“I hope they can have a visceral, kinesthetic multi-sensory experience,” she said.

Preparing Exhibitions is a Multi-Faceted Process at BYU’s Museum of ArtMuseum of Art, Uncategorized